We have had some bouts of horrendous rain in Sydney these past few weeks. We had such beautiful weather leading up to Winter but now that it’s finally here, despite the sunshine, my toes can no longer feel. I don’t particularly like Winter. I feel extremely more unproductive. I crave more hearty foods. I rather be in bed with a warm cup of tea in hand. Though, there is something I do love about Winter, mandarins. Eaten cold, I love the sweet aroma it brings. The sweet and tangy taste gets me every time.

My Mum celebrated her birthday recently. She’s not one for rich chocolate cakes so I decided to experiment with fruits I had in the house. I was going to go the banana route but we’ve had too much banana flavoured things recently, I gave it a miss. I ploughed through the fridge and stumbled across lemons, oranges and mandarins. My thinking cap was on at this stage and all I could think was lemon curd. But then, I looked at the mandarins and thought, ‘Hey, why not try making mandarin curd? ‘ I did it and it turned out amazing. I was so proud of this cake and have to say, one of my favourite to decorate and eat. Hope you enjoy!

How To: Poppy Seed Cake with Mandarin Curd and Vanilla Buttercream 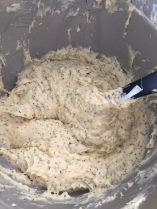 3. Beat butter and sugar until light and fluffy – approx. 5 minutes
4. Add eggs and vanilla essence to mixture and incorporate until well combined
5. Sift flour into wet ingredients with milk and fold until combined
6. Add poppy seeds to mixture and fold until mixed
7. Divide batter equally into tins
8. Pop cakes into the oven for 25-30 minutes or until cooked/ golden brown (skewer should come out clear)
9. Set aside to cool completely until needed
Mandarin Curd:
1. Combine egg, sugar and mandarin juice in a saucepan over medium heat and mix until slightly thickened – approximately 4 minutes 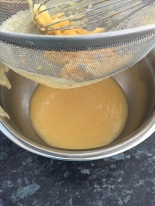 2. Remove from heat and pop mixture through a sieve into a bowl to remove any extra bits
3. Add butter and mandarin zest until melted and well combined then set aside until use
Vanilla Buttercream:
1. Beat butter on high for 5-10 minutes until butter changes from a yellow to an off-white colour
2. Add icing sugar to butter and beat until well mixed
3. Add vanilla essence and milk and beat for a further 5 minutes then set aside until needed
For a thicker buttercream – add more icing sugar, 1 Tbs at a time until desired texture
For a thinner buttercream – add a Tbs. of milk until desired texture

Assemble Time! *Optional
1. Once cakes a cooled, level top until both cakes are even
2. Place cake onto board then spread aprox. 1/4-1/2 cup of mandarin curd on top of first layer
3. Place second layer on top of first layer
4. Spread a thin layer / crumb coat layer of vanilla butter cream all over cake then place in fridge for ten minutes to set
5. Spread another layer of butter cream over cake smoothing edges as much as possible
If you’re finding it difficult to smooth, I find popping the cake in the fridge for at least 10 minutes helps create a base for the next layer
6. Set aside approximately 1/4 cup of remaining vanilla buttercream into a bowl and add a drop of green food colouring and mix until well combined
7. With remaining buttercream, add orange food colouring (OR a few drops of yellow and red food colouring) and mix until desired orange hue colouring
8. Spoon a few spoonfuls of orange buttercream all on all sides of the cake
9. Using a cake spatula, spread the orange into the white buttercream to cream an ombre-effect
10. Place the rest of the orange buttercream into a piping bag with large open star tip and pipe on top of cake as desired
11.Place mandarin curd into a piping bag with circular tip and pip amongst the orange flowers as desired
12. Place green buttercream into a piping bag with a leaf piping nozzle to create leaf like petals for the flowers
Then consume! 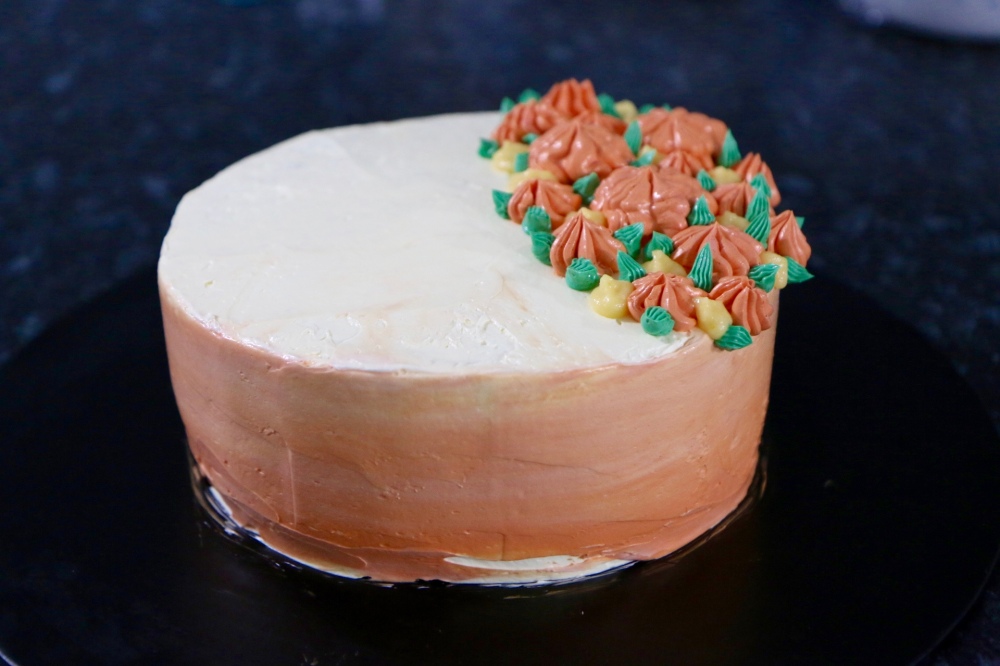 This cake was amazing! It was fresh and had a great citrus kick. The poppy seed texture added some crunch which complimented the soft creamy tastes of the rest of the cake. Decorating cakes is definitely not my forte but, I love improving on my skills. It is hard to write about decorating a cake so if you guys are ever interested, I could explore more video tutorials! Just leave a comment below if you would like to see more in the future. We can learn together 🙂 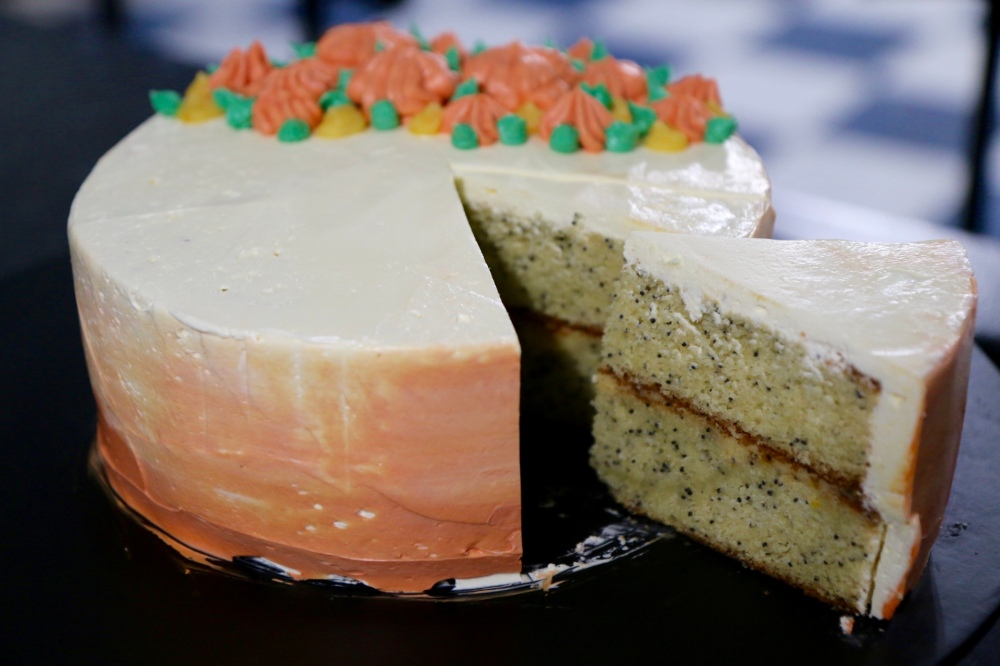 Hope you’re all having a lovely week and thank you for your continued support.
Nibble Away,